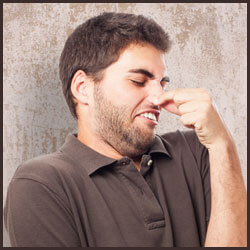 A man pulls up his car at a red light next to a woman in her car. He opens his windows and glances at the woman. The woman also opens the window and looks at him questioningly. The man smiles and says: “Ah, you too? Gas is a bitch, isn’t it.” What is the optimum weight of a fart?

0.0 grams. Otherwise we’re not talking fart. That awkward moment you fart in the supermarket’s empty dairy section and then somebody comes that very second, sniffing and admiring the complex maturity of the Limburger cheese. Totally reliable pick up line: “Wow, did you just fart? Because you totally blew me away.“ That awkward moment when you fart in class and ten seconds later somebody stumbles to the window to open it. Don’t you hate it when you fart under your blanket, lift your foot to air it out but instead you unintentionally lift the other end of the blanket and get the full load in your face? That awkward moment when your shoe makes the wrong sound on the floor and you know there’s no way to persuade anyone you haven’t just farted. A bear starts to yawn but farts instead. Doctor says to a patient: “Now breathe in deeply through your nose.” The patient does so and the doctor starts to laugh. The patient asks what is the matter? The doctor wipes his tears and says, “I just farted.” A skeleton made a bet, claiming he’s going to fart really loud in a crowded place. But he didn’t in the end. He just didn’t have the guts. The most nerve-wracking moment in the life of a man?

Attempting your first silent public fart after a bout of diarrhea. Farting on an elevator is wrong on so many levels. Q: What's invisible and smells like bananas?
A: A fart of a monkey. First Part
Fart Jokes