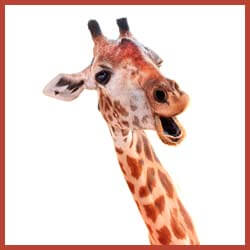 Waiter: “Yes, sir, we are very up to date. Everything here is cooked by electricity.”
Diner: “I wonder if you would mind giving this steak another shock?” “When are you going on your vacation?”
“I don’t know. I’ve got to wait until the neighbors get through using my suitcase.” Mother took Willie to his first concert. The conductor was leading the orchestra and directing the soprano soloist as well. Willie was greatly interested.
“Mother, why is that man shaking his stick at the lady?” he asked.
“Hush; he is not shaking his stick at her.” “Then what is she screaming for?” What is brown, small, and smells of caramel?

A diabetic who’s been struck by lightning. Driving a sports car and sticking to the speed limit is like going to McDonalds’ and having just the salad. Two men are discussing their lives. One says, “I’m getting married. I’m sick of a messy apartment, dirty dishes, and no clothes to wear.”The other one says, “Hey, I’m getting divorced for the same reasons.” You can train a cat to do anything the cat wants to do at the moment it wants to do it. How to seduce a fat chick? Piece of cake. Doctor: Hello, did you come to see me with an eye problem?

Patient: Wow, yes, how can you tell?

Doctor: Because you came in through the window instead of the door. An elderly man was on the operating table awaiting surgery to be performed by his son, a renowned surgeon. Just before they would put him under, he asked to speak to his son: “Don’t be nervous, son, do your best and just remember, if it doesn’t go well, if something happens to me… your mother is going to come and live with you and your wife.” This hating of people that breastfeed in public should really stop. I can raise my cat any way I want to. Two fortune tellers meet. First one says, “We’re going to have a hot summer again.” The second one sighs happily: “Yes, it reminds me of the summer in 2092…” My boss told me yesterday, “Don’t dress for the job you have, dress for the job you want”. But when I turned up at the office today in Ghostbusters gear, the bastard said I was fired. If you start to think I talk too much, just tell me. We’ll talk about it. A man showed up for a duel armed only with a pencil and paper.
He then proceeded to draw his weapon. Next Part
of the Best Hilarious Jokes