Best first: What do you call the soft tissue between a shark's teeth?
The slow swimmer. 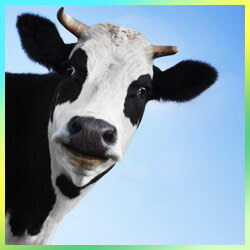 A hungry lion was roaming through the jungle looking for something to eat.
He came across two men. One was sitting under a tree and reading a book the other was typing away on his typewriter.
The lion quickly pounced on the man reading the book and devoured him.
Even the king of the jungle knows that readers digest and writers cramp. I need you to help me complete an orbit trim maneuver. Do not be racist; be like Mario. He's an Italian plumber, who was made by the Japanese, speaks English, looks like a Mexican, jumps like a black man, and grabs coins like a Jew! What happens to a frog's car when it breaks down? It gets toad away. The inventor of AutoCorrect is a stupid mass hole. He can fake right off. Today I found my first grey pubic hair. I got really excited, but not as much as the other people in the lift. I did a self-defense course. I wouldn’t recommend anyone to attack me in slow motion now.  What do you call the soft tissue between a shark's teeth?
The slow swimmer. Father buys a lie detector that makes a loud beep whenever somebody lies around it. The son comes home in the afternoon. Father asks him, “So, you were at school today, right?”

Son: “Alright, I went for a beer with my friends.”

Father: “What?! At your age, I wouldn’t touch alcohol!“

Detector: “Beep.” I forgot my cell phone when I went to the toilet yesterday. We have 245 tiles. I am not a schizophrenic and neither am I. I was sitting in a bar one day and two really large women came in, talking in an interesting accent.

So I said, “Cool accent, are you two ladies from Ireland?”

One of them snarled at me, “It’s Wales, dumbo!”

So I corrected myself, “Oh, right, so are you two whales from Ireland?”

That’s about as far as I remember. The other day, my wife asked me to pass her lipstick but I accidentally passed her a glue stick. She still isn't talking to me. Next Part
Best New Jokes