Best first: In India, kissing in public is not allowed. 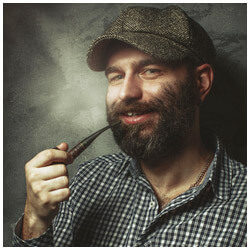 
In Argentina, there is a guitar-shaped forest. It is made out of 7,000 trees and was planted by a farmer in 1979 as a tribute to his deceased wife. Being scared of flying, the farmer himself has never seen his creation first hand from above.
In India, kissing in public is not allowed.
Unusual death:
Aeschylus, a Greek tragedy playwright, was killed in 455 BC when an eagle, mistaking his bald head for a convenient rock, dropped a tortoise on it. According to Pliny, Aeschylus was spending a lot of time in the open to avoid a prophecy that he would be killed by a falling object.
If you live in Switzerland in an apartment building, you mustn’t flush your toilet after 10 pm; if you’re a man, you also may not pee standing up after 10 pm – the tinkle is just too annoying for the neighbors.
People spend an average 22 years of their life asleep.
In Germany, you are allowed to drive your car naked if mood takes you that way, but you may not get out of it naked.
A stamp that you lick gives you a 0.1 calorie. If you cared to reduce those calories, banging your head against the wall for an hour would take care of 150 calories.
The English are always very polite and considerate of their neighbors. That is probably why it is illegal in London to beat your wife after 9 p.m. (16th century law).
It was forbidden to buy or sell condoms in Ireland up to the 1990s. Next Part
Fun Facts