Best first: A cat's funny reaction to owner's attempts to brush her teeth.
here and watch it on Youtube. 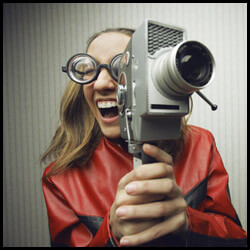 A bike continues the race without the driver.

An ape is doing sit ups while a dog is holding his legs.

This is a Turkish Chuck Norris. Except instead of men, he beats up women.

Probably a blonde that wants to get out of her parking lot.

A man tries to photocopy his bottom and falls into the photocopier.


A goal keeper gets the ball in his face. Again and again.

58
Very funny video:
TV commentator farts and laughs about herself.

Guys playing table tennis with a soccer ball and their heads.

Funny beer glass holder. You can even dance with it.

Next Part
of Fanny Video