Best first: One easy step to lose an argument with a wife: 1) Argue. 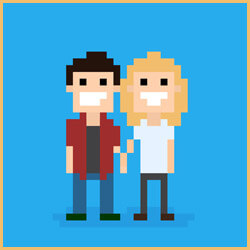 Arguing with your husband is fun, even if he wins... he loses. Quote:
“Some people ask the secret of our long marriage. We take time to go to a restaurant two times a week. A little candlelight, dinner, soft music and dancing. She goes Tuesdays, I go Fridays.”

Henry Youngman A wife hangs up after about a half-hour on the phone. The husband is surprised, “Wow, that was quick - usually you women are at it for two hours at least!” “Yeah, well, it was a wrong number.” One easy step to lose an argument with a wife: 1) Argue. A boy asked his father, “Dad, how much does it cost to get married?”
Father grimly replied, “I wouldn’t know son, I'm still not done paying for it.” Q: Why did God create Adam first and Eve as second?
A: Because he wasn’t interested in listening to anyone telling him how to make Adam. What four words are guaranteed to depress a husband anytime, anywhere?
'Hold my purse honey.' A man sits in a restaurant and cries. The waiter comes and asks what happened. The man replies: “My wife told me that she wouldn’t talk to me for a month.” The waiter replies, “Oh no, that’s horrible!” Man: “Yes!!! (Sobs) Today that month is over.” Women are saints. They forgive you even when you’re not guilty! My wife told me to go and get something that would make her look sexy. So I got drunk. I told my wife she was drawing her eyebrows too high. She looked surprised to hear it. My wife told me I was one in a million. When I looked through her text messages, I had to admit she was right. She: “Honey, I don't like you with the new glasses on.”
He: “But sweetheart, I don't wear any glasses.”
She: “True, but I do.” My wife said I ruined her birthday.

I’m not sure how I did that, I didn’t even KNOW it was her birthday! Next Part
Husband and Wife Jokes