Best first: Why did the balloon go near the needle? He wanted to be a pop star. 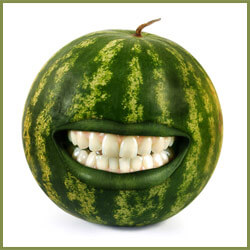 A guy was taking his girlfriend to prom. Getting ready, he went to a tux rental shop. There was a huge line but he eventually got his tuxedo.

He then went to the florist. Again, there was a huge line, but he got the orchid in the end.

Then he went to the limo rental place, and there was a big line there too! But he eventually managed to rent one.

They got to the prom and danced for a little bit, and then his girlfriend asked for some punch. He went to get it – but there was no punch line. I used to suffer from soap addiction, but I’m clean now. The most exciting beverage for a soccer player? The penaltea! What is the computer’s favorite food? Microchips. How to embarrass an archaeologist? You give him a used tampon and ask him to determine which period it came from. When you get depressed in the middle of winter, just chuck some butter from your window.

You’ll see a butterfly. So, you’re not afraid of ghost puns? That’s the spirit! I’ve heard about a scarecrow that won a prize. It was totally outstanding in its field. Can February March? No, but April May. Have you heard about the fire in the shoe factory?
Hundreds of soles were lost! The local gene pool looks like it could use quite a bit of chlorine. Scientists have never been able to pinpoint the exact location of Santa Claus' birthplace, so they agreed to refer to him as "North Polish". Care to seduce a large woman? Piece of cake. Next Part
of Best Puns