Best first: Your mother has to peep when she goes backwards. 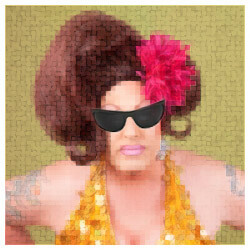 The best “Yo Momma” jokes

A small note to start with: It is NOT OK to use yo mama jokes, hilarious as they are, to make actual people feel crap. In that game, nobody really wins and even when people laugh with you at the time, it has never won anybody any friends.

If it's friends and popularity you're after, better try treating others as you yourself would like to be treated and don't do things to them you wouldn't want to have done to you.

Everything you give out will have an influence on you, so better give out something positive. And while you're at it, enjoy these truly mean and ridiculously funny jokes, for academic purposes!


Yo mama so nasty I got her on the phone once, and she gave me an ear infection.
The Zoo called. They want your mother back. Your mom sings pirate songs on the toilet. Yo mama's name is Harlan and she subscribes to three trucker magazines. When yo momma goes to the Zoo, she throws feces at the apes. Yo mama works for Weight Watchers as the "Before picture". Yo momma so fat when she steps out in a yellow raincoat, the people yell, "TAXI!" Next Part
of Yo Mama Jokes