Best first: Either the woman at the back of the train has two really ugly children, or two seriously cool Pokémons. 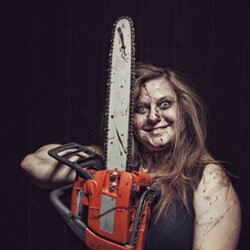 Why are orphans unable to play baseball?
-
They’ve never known what home is. Little Johnny tells his friend, “My grandpa died yesterday.”

Friend asks, “Oh, how did that happen?”

Johnny, “He hit his thumb with a hammer.”

Johnny, “I know but he wouldn't stop screaming and cursing so we had to shoot him.”  It is interesting how different nations have their dogs make different sounds.

An American dog goes Woof, a Czech dog goes Haf, a Dutch dog goes Blaf and a Chinese dog goes Sizzle.   My father lost his life at an aircraft disaster of 9/11/2001. I will never forget his last words: “Allahu Akbar!” My friend surprised me for my birthday with a book called ‘Road-Kill Recipes’. I did find some road-kill the other day, so I cooked it according to one recipe and it was delicious. I’m just not sure what I should do with the bicycle. Doctor to a patient: “I have good and bad news for you. Which one would you like to hear first?”

“The good one please.”

“I found the diagnosis of your illness, it means you have two days to live.”

“I’ve been trying to reach you for two days.” I took my grandma to a fish spa center where the little fish eat your dead skin for only $45.

It was way cheaper than having her buried in the cemetery. Madam, your son just called me an ugly swine!“

The mother apologizes shamefacedly, ”I'm so sorry, I must have told him like a thousand times it is wrong to judge people just from how they look...“
Daughter: I’m really sorry mom, I got an F in Geography.
-
Mother: Never mind, darling, you have cancer anyways. “Siri, why am I still single?!”

Siri activates front camera. Either the woman at the back of the train has two really ugly children, or two seriously cool Pokémons. Woman at a maternity hospital is in a lot of pain, moaning. The man strokes her back, “I’m so sorry sweetheart that you have to endure this…”

“Don’t worry Steve, it’s not your fault.” I broke up with my Japanese girlfriend today. I had to drop the bomb two or three times before she finally got it. Where do you find a cow with no legs? Right where you left it. Next Part
Best Black Humor Jokes